By Bradford Pine on January 7, 2013 in Fiscal Cliff 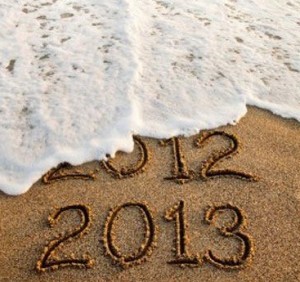 This past year saw much news and change in the world. From Hurricane Sandy to the Presidential election, the Olympics to the horrifying school shooting in Connecticut, we can only describe 2012 as an eventful year filled with ups and downs. The markets reflected this, swinging throughout the year before ending on a positive note, with the S&P 500 closing up 13.4 percent on the year and the Dow Jones Industrial Average ending up at 7.26 percent(Returns do not include any dividends reinvested).

The Fiscal Cliff & The Economy

The fiscal cliff loomed large over the last part of the year as well, and while 2012 closed with us going over the cliff, albeit only for a day as Congress passed new legislation on New Year’s Day. Some highlights include an extension of income tax rates and long term capital gains and dividends tax rates for those with income up to $400,000 ($450,000 for married couples). For those above this threshold, maximum rates will rise to 39.6 percent for income and 20 percent for capital gains and dividends. Estate tax rates will also be extended, and indexed for inflation. Take a look at this short recap for more information about the new legislation.

While you may be completely tired of the phrase fiscal cliff, I can assure you that we’ll be hearing just as much about the debt ceiling in the coming months. Now that the fiscal cliff has come and gone, focus is turning to entitlements, government spending, and the national debt, which are major issues both politically and economically. While the fiscal cliff deal will raise government revenue (through tax increases) by about $620 billion over 10 years, it still leaves spending cuts to be negotiated in the future.

Is this enough for us to ensure a solid financial future for the country? No, and some argue that we would need to cut spending or raise taxes (or both) by an additional $3 trillion over the next decade, in addition to the $620 billion deal reached, in order to close the gap. As most of us instinctually know, leaving government debt levels unaddressed will leave our children and grandchildren holding the bag, but unfortunately these debates often come down to politics. As a result, I expect future debates will go down to the wire, just as this one did.

With respect to the effect of these debates on your portfolio, we saw a short decline and a bounceback on fiscal cliff fears, and I would expect the short term volatility to continue over the next couple of months as these issues remain on the forefront of the government’s agenda.  As I stated in my recent newsletter about the fiscal cliff, for short-term trading accounts I generally advise nimbleness and risk management with stop losses in the face of volatility, while for longer-term accounts I usually recommend an actively managed and well-diversified strategy. It can be hard to keep emotions out of investing, especially for important accounts like your retirement savings, so focus on building around a solid strategy for the long term that you can understand and stick with.

Taking Control of Your Finances in the New Year

In the last year, I’ve seen a lot of clients rolling their old 401(k) accounts into an IRA and consolidating retirement savings accounts to better see and control their portfolios. I attribute a lot of this to employment changes and retirement, but I hope my articles have also helped to keep this subject at the forefront of people’s minds. Again, I believe it’s important to have a long-term strategy for your retirement savings, and taking control by putting accounts together in a place with a lot of options for active management is a critical first step.

So, as we transition into the New Year, if you haven’t done so already, now is the time to think about taking control of your finances. It is an especially good time to think about rolling over a 401(k) from a former employer into an IRA, or consolidating multiple IRA accounts into a single one. Rolling over into an IRA will give you the chance to revisit and revise your strategy for the long run.

I pride myself on the educational information I provide to my clients during the rollover process and the guidance I give to make it as seamless (and as little work!) as possible for each client. A good advisor will quarterback the whole process and provide advice in setting an asset allocation that meets your goals. However, even if you’re rolling an account over on your own, remember it is not as challenging as it looks! The first step is to choose where the account will go. Many people stick with their current custodian (the company currently managing their 401(k)) because it seems difficult to shop around, but with all the information available online, take a few minutes to see if you might find lower fees, more managers, or different asset classes available that would suit your strategy better for the long run.

From here, there are generally a few forms to fill out and mail. This is where many people lose their nerve, as filling out paperwork can seem like way too much trouble. But stick with it, and keep in mind that you’ll feel great for taking this important step in managing your retirement savings. There’s nothing like the feeling of making the right financial moves to help secure the future for you and your family, so get the year off to a great start by taking some time to make a change.

Educate Yourself for Financial Success

I’ve gotten a lot of positive feedback about these educational articles, and I’m thankful for the opportunity to provide service that is valued and useful to my readers and clients. To learn more about retirement planning, take a look at some of my popular articles from the past year:

Are You Struggling to Understand 401(k) and 403(b) Share Classes and Fees?

I hope this article will help jumpstart your own planning for the New Year – maybe think about making it a New Year’s Resolution to initiate some important moves, like tackling that rollover!

Wishing you a happy and prosperous 2013.

2012 Investment and Tax Planning While Approaching the Edge of the Fiscal Cliff
College: OMG! Good Thing I’ve Done all the Research for You